We are in the midst of one of the most important gatherings in One Piece “the reverie”. Although some things may lead to an epic theory, they are still not so clear, regardless of the knowledge given. Amongst these things spoken in secret, there was something that sparked tragedy in Marigeois. And with this, tragedy piqued a certain man’s interest. The one and only Blackbeard are on the move to collect something very important. So important that we see his signature smile. The smile of deception and excitement as he’s ready to move on it immediately. Below, I will go into detail about what has gotten Marshal D Teach so riled up to enter the holy land.

Warning: Before reading the contents of this webpage ‘SPOILERS‘. Please keep in mind this article, along with other articles, there will be Manga theories and images from chapters YET to be released in anime format.

The Power to Destroy the World

Two of The strongest devil fruits in one piece are the Magma and Tremor Fruit. The power’s to tear the world in half. It’s not just speculation and opinion but the truth in this anime world. These fruit shake the foundation! They put even marine admirals in the fetal position! What super overpowered fruits they are!

As we’ve seen so far, Blackbeard does not split focus. He has a goal and he follows through with his efforts very well. So far he’s been on a mission to collect the most powerful devil fruits known. He does this in order to build the strongest pirate crew in the world. Blackbeard should be on his way right now to confront whoever is the next victim of his scheme. I’m speculating that he will be searching for fleet admiral Sakazuki in Marigeois.

Eiichiro Oda has already stated that if Akainu was a pirate, then he could conquer the grand line and obtain the One Piece in just one year! If that isn’t a major statement then I don’t know what is! With that being said, being a power that Blackbeard would drool over getting his hand on, this is one of the strongest fruits in one piece.

Flame conjuring people living on top of the red line

In the latest chapter 1023, Marco tells about a flame-producing race that lived on top of the red line. King, of the flames, a part of the beast pirates comes from this clan of mysterious people. I believe that the Mera-Mera no mi, as well as the Magu-Magu no mi, has a distinct history stemming from the LONG LOST INHABITANTS of the red line.

Given our knowledge of Vegapunks lineage factor spoken of in chapter 1007. Performed on Kaido, the experiments lead to the creation of an artificial devil fruit. We at least have this information, as limited as it is, at the moment. In this area of the anime, I believe they are intending to show that Vegapunk and his predecessors are the creators of the devil fruits and have a lot to do with preserving ancient races and keeping the balance of the world. By taking the souls and essence of the strongest, they can pass on traits to fruits through a form of reincarnation, or most closely linked to possession. (I.E. – Denjiro)

Whether my theories are true or proven to be completely wrong is yet to be seen. In the series and manga, we have a lot of information spread throughout. There is enough information for speculation on these levels and I’m giving credit to the author beforehand for his great writing skills regardless if I’m right or wrong. Being one of the most well-written stories conceived, One Piece is continuously offering a lot to fans. My last theory is we will be getting more information on the history of devil fruits and extinct races. 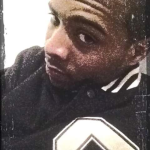